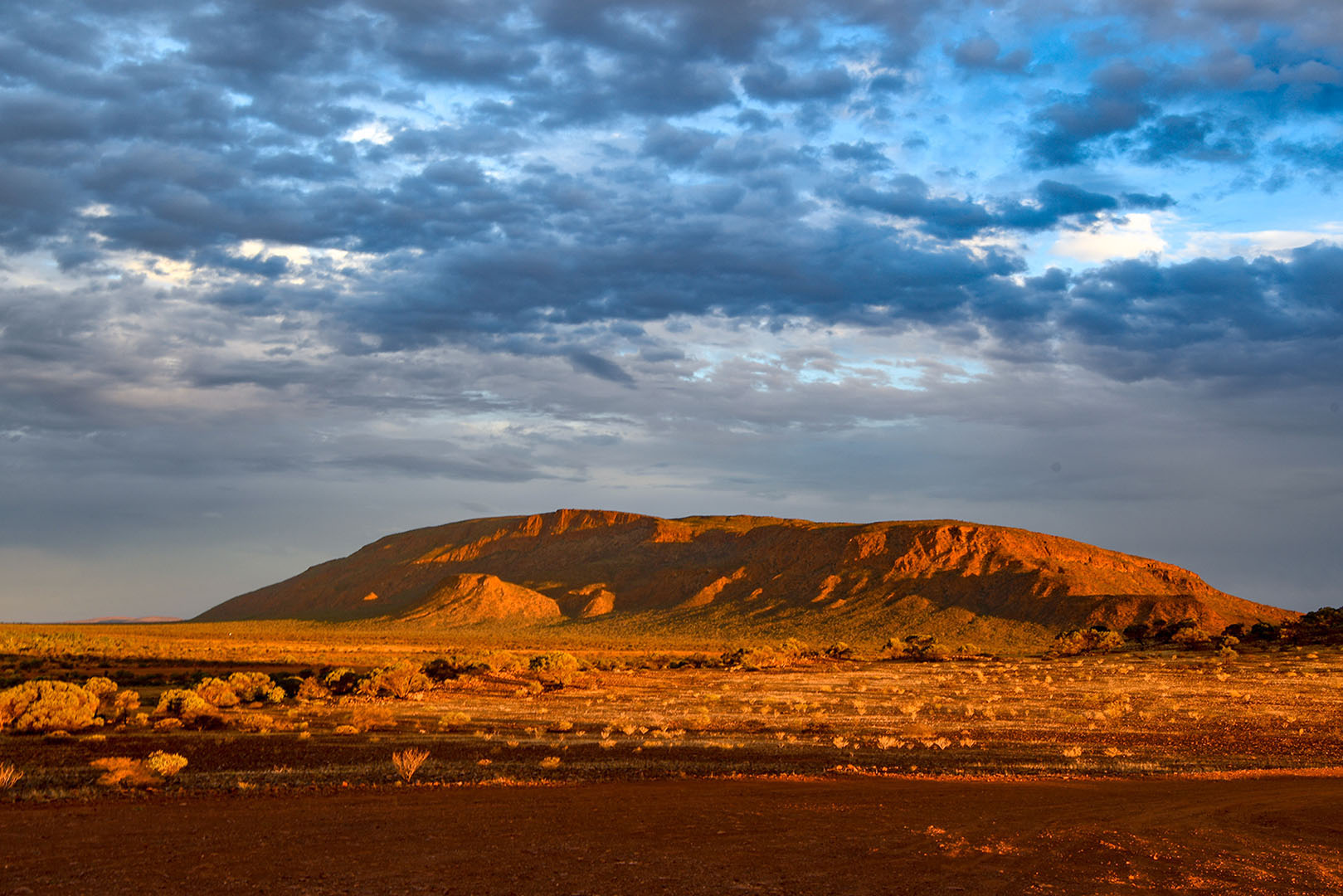 The centrepiece of this region is the majestic Mount Augustus. Mount Augustus, or Burringurrah in the Wajarri language, is well-known as the world's largest rock, yet it remains a place of isolated beauty - "off the beaten track" for most tourists, but loved by all who visit. The rock sits within a small existing national park that overlooks the proposed new parks.

Burringurrah rises 715 metres from the plains surrounding it. It has a central ridge, almost 8 kilometres long, and it is estimated that the layers of rock which form its makeup, are some 1,750 million years old - formed as the result of an uplift which buckled, folded and tilted the rocks into the position they are in now.