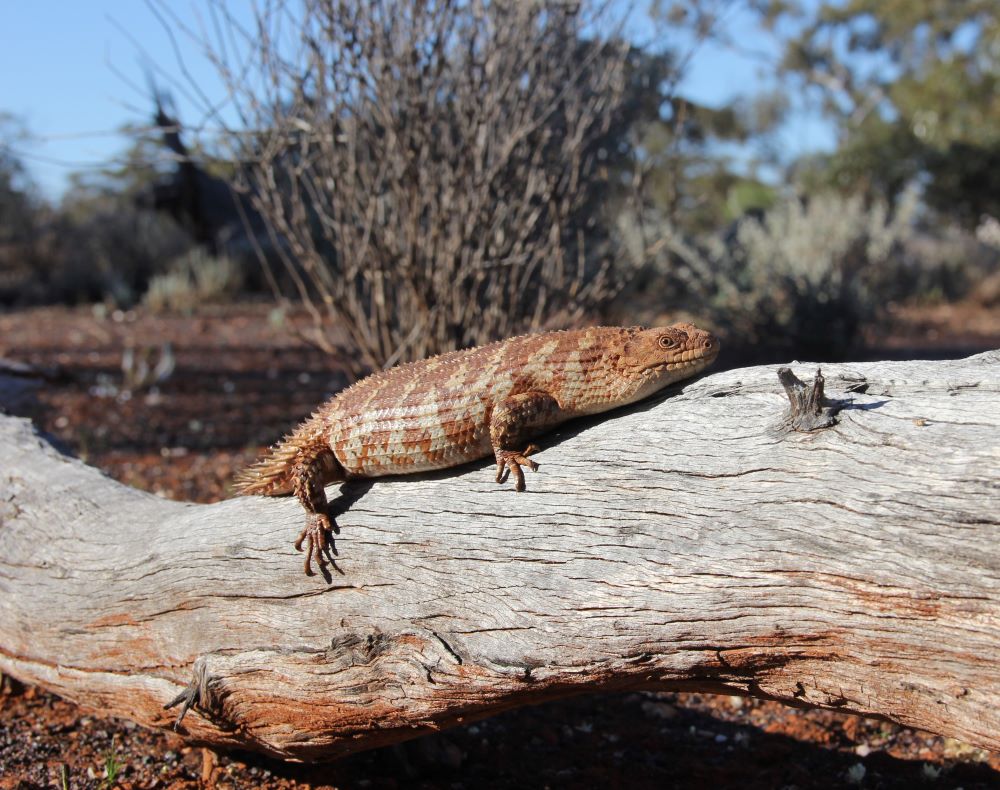 Australia has some of the world's most social reptiles and among the most social of all is Egernia stokesii, known in Western Australia as the western spiny-tailed skink. Spiny-tailed skinks are typically monogamous and live in stable family groups of up to 17 members. Group living in reptiles is unusual and has been recorded in less than 1% of species. The skinks recognise their own kin and group members, presumably by smell.